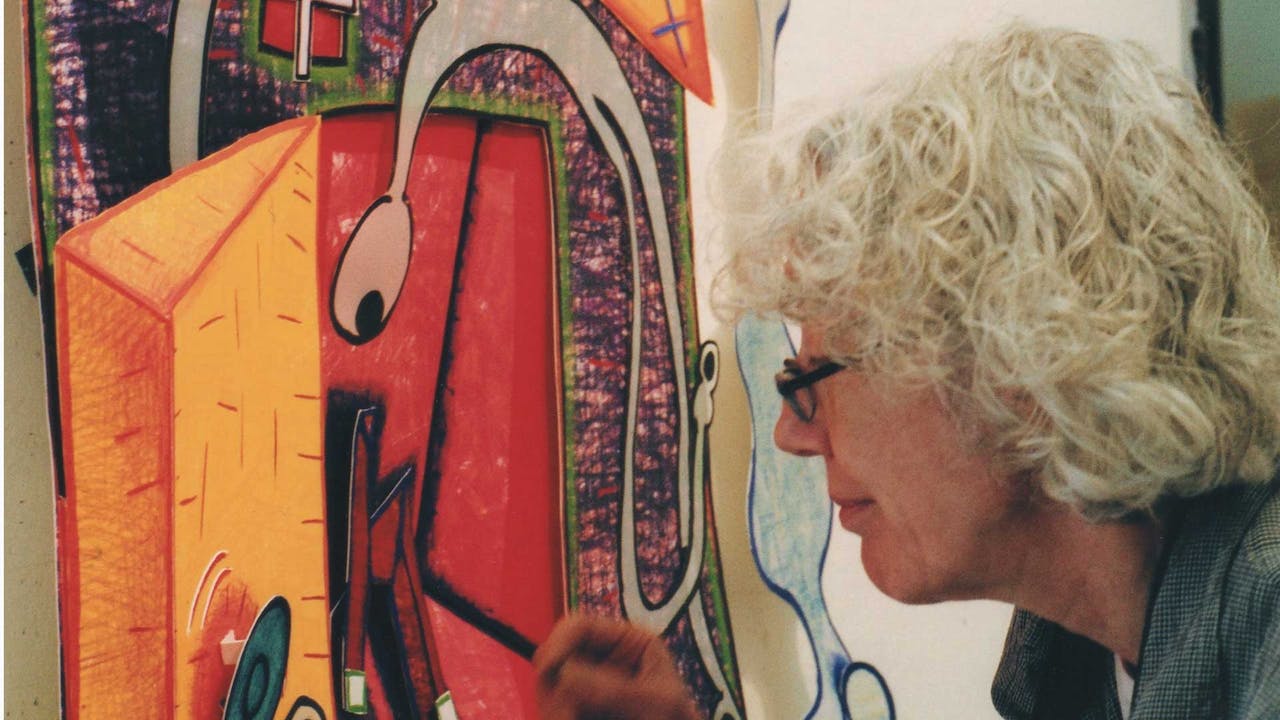 Everybody Knows... Elizabeth Murray is an intimate portrait of the groundbreaking artist Elizabeth Murray that explores the relationship between Murray’s family life and career and reconsiders her place in the contemporary art history. Murray’s personal journals, voiced in the film by Meryl Streep, give viewers a privileged window into Murray’s internal struggles and incredible ambition. Verité footage of Murray in her studio and home videos help round out this profile of her life and exclusive interviews with art world luminaries including Chuck Close, Vija Celmins, Adam Weinberg, Robert Storr, and Roberta Smith provide the historical backdrop for the New York art scene.

Elizabeth Murray moved to New York City in 1967. In 2005, almost forty years later, Murray was the fifth woman to be celebrated with a retrospective at the Museum of Modern Art in New York City. Everybody Knows... Elizabeth Murray traces Murray's life from her years as a struggling single mother to having a bustling, growing family and thriving career. From her early 1960’s "funk-inflected pop," to her painterly minimalism in the 70’s, and on to her dynamic fractured canvases of the 1990s and 2000s, Murray worked without hesitation through—and often in spite of—market trends, historical movements and her failing health.

Murray's paintings defy categorization. She broke convention, and made an indelible imprint on contemporary art. This film chronicles her remarkable journey from an impoverished childhood to artistic maverick, before she lost her life to cancer in 2007. Everybody Knows... Elizabeth Murray cements Murray’s legacy as one of the great painters of our time.