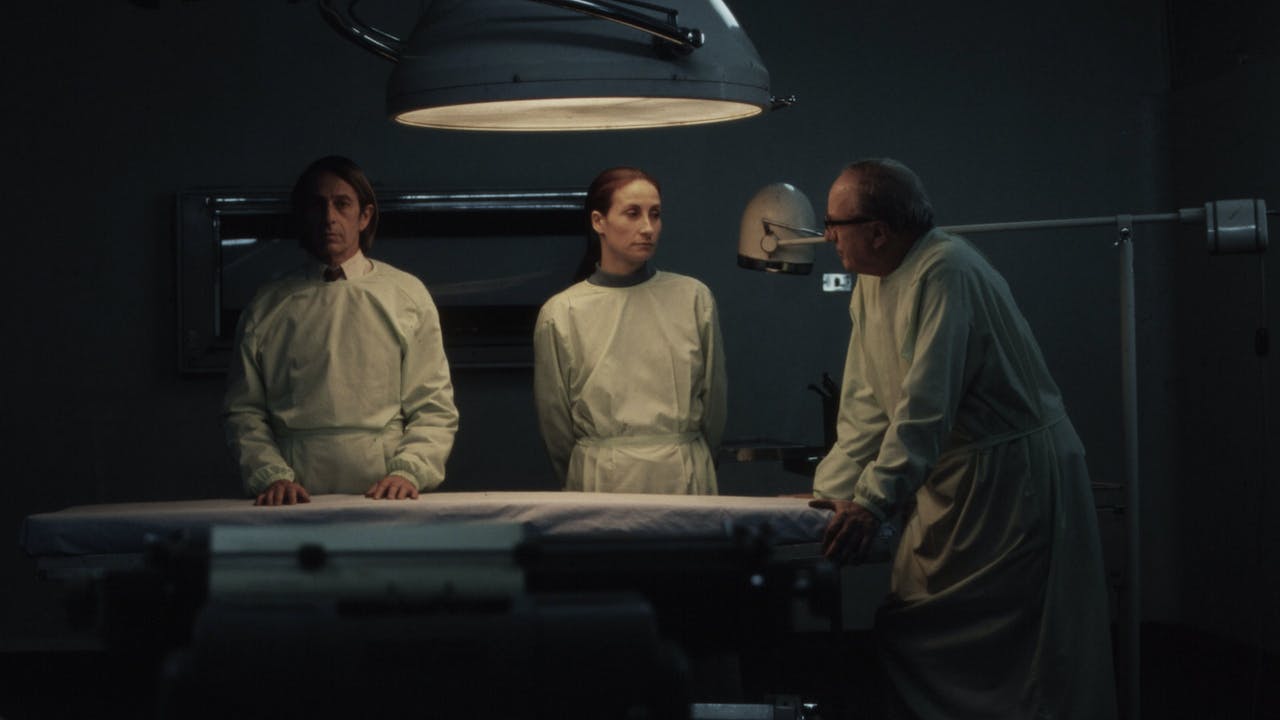 Mario (Alfredo Castro, Tony Manero) is an unassuming state employee who transcribes notes during autopsies. Furtive and lonely, he becomes obsessed with his neighbor, the dancehall girl Nancy (Antonia Zegers), who is involved with a group of left-wing activists. With the coup, and the death of President Salvador Allende, Nancy's friends are hunted down, and Mario's hospital becomes clogged with the bodies of dissenters. Soon the violence filters into Mario's psyche, and he begins to break down, much like his country.

Following the brilliant Tony Manero (2008, available from Kino Lorber), and preceding the recently completed No (2012), Post Mortem is "a new and original vision of political terror" (J. Hoberman, Blouin Art Info) that remains urgently relevant to the repressive regimes of today.