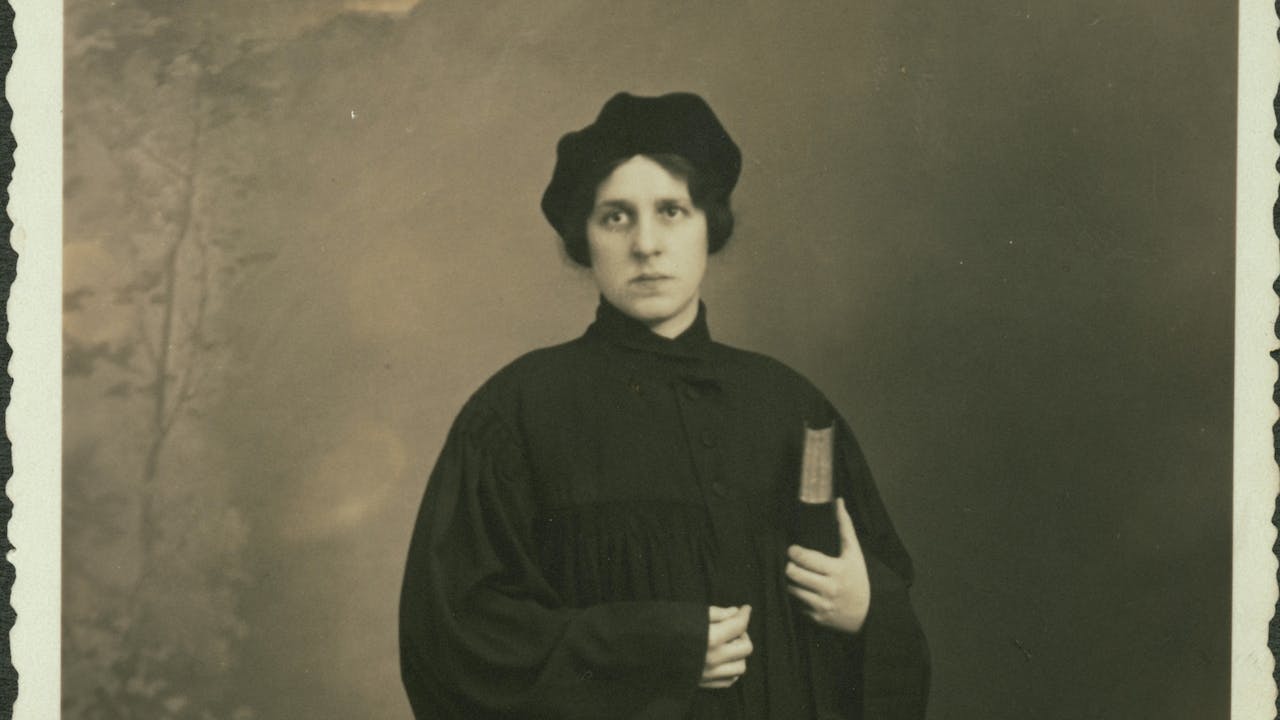 Diana Groó’s documentary tells the story of Regina Jonas (1902-1944)
a strong woman, who made history by becoming the first properly ordained woman rabbi in the world.The daughter of an Orthodox Jewish peddler, Jonas grew up in Berlin’s slum, studied at the liberal Hochschulefür die Wissenschaft des Judentums (College for the Scientific Study of Judaism) beginning in 1924,and was ordained in 1935.

At age 37, she met the love of her life, Rabbi Josef Norden. Both of them were deported to Theresienstadt concentration camp. Only their love letters survived the Holocaust. The only surviving photo of Jonas serves as a leitmotif for the film, showing a determined young woman gazing at the camera with self-confidence. During the Nazi era and the War, her sermons and her unparalleled dedication brought encouragement to the persecuted German Jews. Regina Jonas was murdered in Auschwitz in 1944. Through graceful and poetic use of archival footage, Diana Groo brings us a story of a person whose image is known through one photograph alone.

Scenes from Jewish life in Berlin during the early twentieth century come to life: synagogues, Jewish schools, parks, streets, and newsreels permeate the film, while a gentle voiceover handled expertly by Dánel Böhm and music by Daniel Kardos tell us this unique story. What may have seemed a challenge for a filmmaker, turns into the film’s greatest creative trait.